The Wetar Copper Project is located on the north central coast of Wetar Island and is part of the Maluku Barat Daya Regency (MBD), Maluku Province of the Republic of Indonesia. Wetar Island is a remote island which supports a total population of around 9,000 people.  It can be accessed by boat from a number of ports including Alor, Kisar and Atapupu and by LCT (landing craft).  The closest villages to the project, Lurang and Uhak, have a population of around 900 people in total. 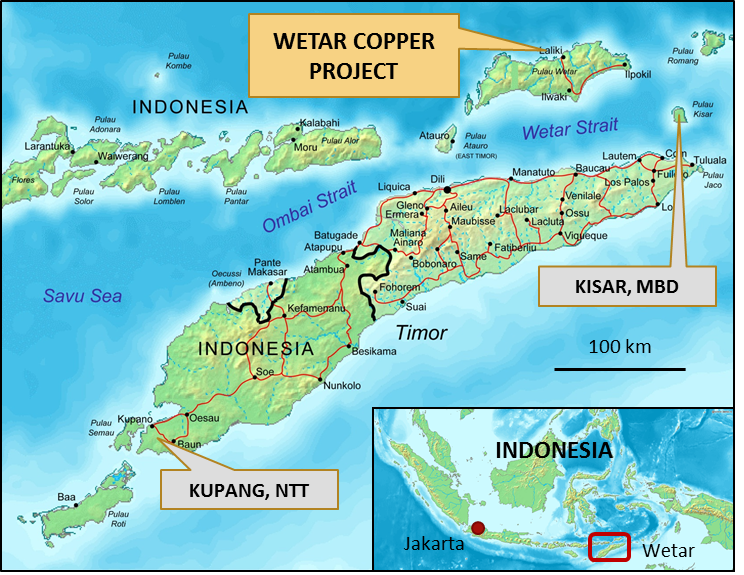